Thoughts from The Bible

About 536 years before Christ was born, Judah was nearing the end of a 70-year period of exile as punishment for repeatedly turning away from God. Cyrus the king of Persia decreed that they could return to Jerusalem under the leadership of Zerubbabel (Ezra 1). The temple in Jerusalem had been laid to total ruins by Nebuchadnezzar in 586 B. C. and the whole city was in shambles. Now God’s people were being sent back home to rebuild the holy city.

Zechariah is listed among the priests who made that journey with Zerubbabel according to Nehemiah 12:16. The reconstruction began according to Ezra 5:1-6, but the effort was blocked by the opposition from enemies for about 16 years until the days of Darius. With Darius’ permission, the work could at last resume. Haggai stirred the people up to resume the activities in about 520 B. C., but after two months, enthusiasm ran low. At that point Zechariah added his voice to that of Haggai, urging the carrying of the project through to completion. The result of the two prophets’ efforts was that the temple was completed in about 516 B.C. (Ezra 6:15).

Zechariah begins by calling God’s people to repentance and reminds them in Zechariah 1:1-6 to learn the lesson of history – that God had been angry with their fathers. Earlier prophets had warned these fathers, but in vain, so God had allowed them to go into captivity. Now Zechariah is given a message from the Lord through a series of night visions that assures the people that the Lord’s pity is stirred for His people and that Jerusalem will be rebuilt, while the heathen will be chastised.

When the foundation of the temple had been laid, the people who had returned from Babylon wept with a loud voice because of the insignificance of the temple then being constructed when compared with the temple of Solomon (Ezra 3:12). Even after Zerubbabel had begun the work of completing the building approximately 16 years later, it appeared in their eyes as nothing (Haggai 2:3). All the things done since returning from the exile, were small in comparison to their more glorious days. But when the work is Jehovah’s work, predetermined and carried out by Him, nothing is inconsequential. Everything has its place in His plan. While Judah might despise the smallness of this new structure compared to the grandeur of Solomon’s temple, they should not for the hand of God was with them and this was his reassurance that the Lord would be their victory: (Zech. 4:6-7)

The Lord continued to speak through his angel to Zechariah as recorded in Zechariah 4:10, “For who hath despised the day of small things? For they shall rejoice, and shall see the plummet in the hand of Zerubbabel with those seven; they are the eyes of the Lord, which run to and fro through the whole earth.”

A very important lesson we might learn from this Old Testament history is that Nothing Is Insignificant If It Is The Work Of The Lord. There is a danger of overlooking the importance of a thing simply because it is small. We need to appreciate the little things, the little building blocks that go together to make the Christian life, and not be guilty of minimizing their importance, or of discouraging others who might have little to offer in our estimation.

This entry was posted on Wednesday, August 31st, 2022 at 8:14 AM and is filed under Thoughts from the Bible. You can follow any responses to this entry through the RSS 2.0 feed. Both comments and pings are currently closed. 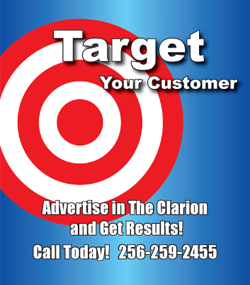